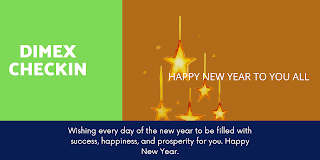 Nicholas Pepe received a red card for a headbutt

After the red card of Nicholas Pepe, arsenal survived playing for nearly 40 minutes, having drawn a 0-0 draw with Leeds United.

Pepe will not have inspired Mickel Arteta, after taking revenge for Ezgjan Alioski’s rival by slamming head in the face of the defender, as he only had his second start for the Premier League this season.

Referee Antony Taylor did not spot the occurrence. A VAR analysis, Pepp’s marching orders were released (51), which means that since Arteta’s appointment no Premier League team has been granted red cards for the Gunners (5)

Leeds appeared simpler than 10 to play 11 men but still had to score as many points, reaching the woodwork with Rodrigo, Patrick Bamford, and Raphinha three times.

Arsenal could have snatched the win but Bukayo Saka couldn’t profit from being taken by Illan Meslier one-on-one.

Another zero for Arsenal means that in the last 476 minutes of the Premier League football they’ve struggled to score in the open game – their only goal in the last 5 league games was the 1-0 victory over Pierre-Emerick Aubameyang.

Arteta said that Arsenal had been wrong before the international break with a 3-0 loss to Aston Villa. But she was second-best in her first whistle with Leeds dominating ownership and the lucky count.

Arsenal was fluent on the front sections, but Pepe fluctuated them nearly when his left by-line cross-shot fell into the crossbar.

Bamford was given another sight to go but Leno, who was busy with the two goaltenders, palmed his instinctive volleyball. Harrison tried to give excellent service to Stuart Dallas and Mateusz Klich on the left and he offered brilliant service but all of them were out of place.